DEERFIELD BEACH, Fla., July 10, 2019 — GovSpend and its CEO, Jeffrey Rubenstein, ranked on three of Comparably’s annual leadership awards for small/mid-sized companies. The pilot of the Florida-based procurement technology brand was recognized as one of the ‘Best CEOs for Women,’ ‘Best CEOs for Diverse Employees’ and ‘Best Leadership Teams,’ as reported by USA Today. 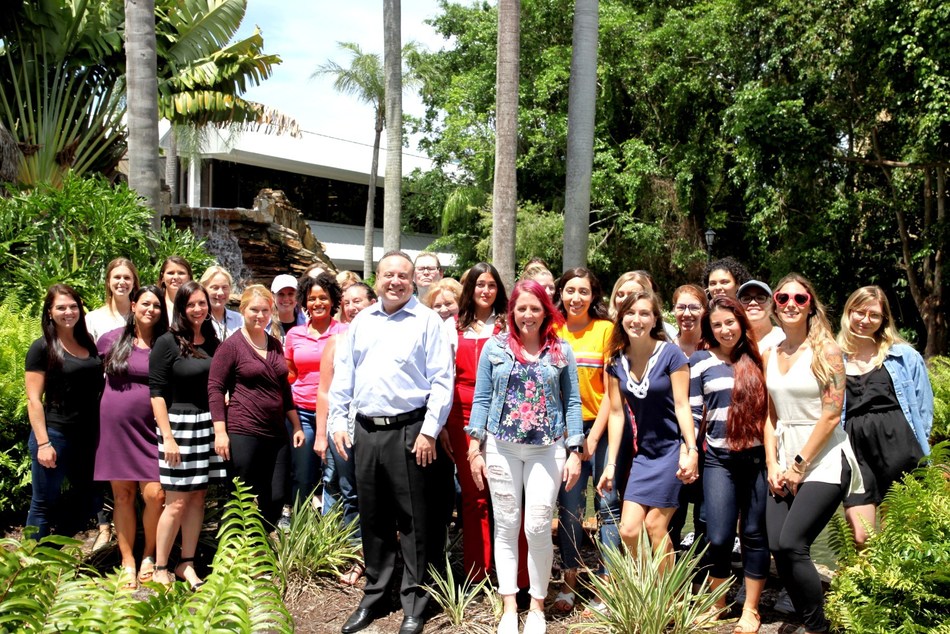 Jeff Rubenstein, President & CEO, with members of the SmartProcure/GovSpend team.

The results were based on anonymous data collected from current employees at thousands of companies, who opted into surveys based on their demographic. Comparably compiles this data every year, in hopes of empowering employees and increasing transparency in the workplace. This year, working women ranked Rubenstein as the 13th best CEO in the U.S., for small-to-midsize companies.  Overall, Rubenstein was ranked as the 3rd best CEO in the U.S. for diversity in the workplace. The management team also ranked as one of the top 20 in the nation, making SmartProcure a pioneer among companies such as SnackNation, Divvy and Asana.

“It’s important, as a woman, to feel valued in the workplace,” said Cynthia Byrd, member of the GovSpend team. “I know that my voice and opinion are respected at my company and this encourages me to take risks and not be afraid to make mistakes.”

Michelle Vasquez, Director of Customer Experience, agreed. “You want to be taken seriously and know that you are valued for your work, knowledge, expertise, and what you bring to the table,” she said. “When you feel valued by your leaders, co-workers, and customers, it feels really gratifying.”

Founded in 2011, GovSpend now boasts the largest historical database of government purchase orders from federal, state and local agencies. Two years ago, Rubenstein introduced GovQuote—a sister organization that connects government agencies with companies waiting to compete for their business. From their headquarters in sunny Deerfield Beach, their acclaimed leadership team supports a staff of 200+.

“Diversity is at the heart of innovation,” said Rubenstein. “The best ideas don’t come from just one person—they’re built by several people, especially when they all contribute different experiences and perspectives. To build a productive team, you need a variety of talents, skills and points of view, which only happens when people from all backgrounds have a seat at the table.”